As for Rafizi Ramli, the enthusiastic substitute in the fake and half-hearted 1MDB debate dare, Perkasa chief Ibrahim Ali has made an "offer" he shouldn't resist. 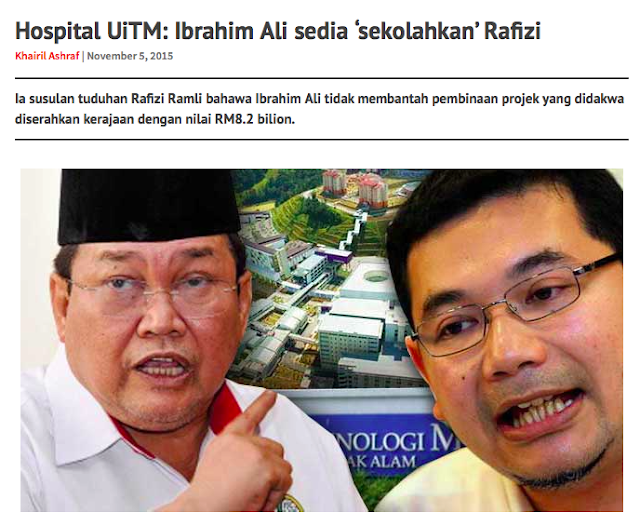 According to the news portal FMT, Ibrahim Ali, who sits on the UiTM board, is fuming over Rafizi Ramli's claim about the cost to build a proposed hospital in UiTM Puncak Alam which has inflated to RM8.2 billion from the original RM599 million (or so Rafizi claimed). The PKR man was said to have accused Ibrahim of failure to oppose the project despite, presumably, having been made aware of the alleged cost escalation.

The Perkasa man said he wasn't going to sue Rafizi but offered to "sekolahkan" Opposition leader. The word sekolahkan literally translates to mean "to educate someone"; in Malay, it can be a very condescending term, used with the intention to insult someone for being uncouth, uncultured, uneducated, and so on and so forth ...