Updated
Biting the hand that feeds it? The prolific anonymous Life of Annie is convinced that editors at the The Edge are also taking sides in trying to help YTL win the RM11 billion project against 1MDB. Read Manoeuvring for big money on the political front. Some commentors seem taken aback at the suggestion that DAP could be susceptible to the unholy alliance with corporations but not veteran journo the Scribe. "The PR parties, the DAP in particular, have become very close to corporate tycoons since they took over Penang and Selangor," he writes (see my comment box).

YB Tony Pua's unabashed support for YTL Corp's bid for a multi-billion ringgit power project hasn't gone unnoticed. Why has the two-term DAP Member of Parliament decided to do his bidding for the Independent Power Producer (IPP) that he and his party had been so vehemently against before the general election?

The financial blog Benchmark, in it's latest posting People's Hero or Corporate Champion?, questions Pua's real motivation for speaking up for YTL

"Maybe we need to refresh Mr Pua's memory a little ... YTL was the first among the blood-sucking first generation IPPs to sign the punishing, lop-sided PPAs with TNB in 1995 that guaranteed its power plants returns of 20% for a period of 21-year."

Benchmark says Pua's contention that YTL deserved to win the project because its bid was lower than 1MDB doesn't hold water.

"Let me spell it out for Mr Pua: YTL brings in nominally lower bid for (the project) but with additional cost in hundreds millions ringgits to be borne by Tenaga and the Government, for a plant that will have inferior machinery ... at the expense of the Rakyat."

Benchmark seems to be in the know. So, why are we REALLY championing YTL, YB Pua? 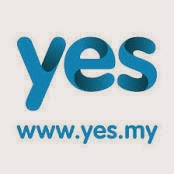 p.s. Before anyone accuses me of being anti-YTL, this posting is done on a YES-powered Samsung Chromebook. YTL is the company that owns YES, supposedly the country's first 4-G broadband provider. My home runs on Maxis, though.