Taib tells Soros to come to Sarawak and "see for yourself"

"Don't be blind". We know financial speculator George Soros is behind quite a few non-governmental outfits in Malaysia, taking potshots at, making exposes about or just keeping a watchful eye on the Malaysian government. We also know now that these outfits are increasing and heightening the level and volume of attacks as the General Election draws nearer. The Global Witness' "dirty" video on Taib Mahmud, for example, has been dubbed in Iban in order to bury the hate deeper into a community long on the Opposition's target list.

The Transparency International Malaysia, another NGO that received money from Soros, has defended the Global Witness' allegations in the video and wanted the MACC and other relevant authorities to act on the Sarawak CM.

Of course, Paul Low of TMI is going to defend a sister NGO spawned by the same man. Who pays Paul Low's salaries? Of course he is expected to defend Soros no matter what. You expect him to say that Soros had an agenda against the people of this country? You expect him to condemn Global Witness' inability to come up with a sliver of evidence to back its allegations against a state government of a sovereign nation, even though that nation is his own country of birth?

Pehin Seri Taib also knows that Soros is behind the latest attempt to assassinate his character and tarnish the image of Sarawak. When I asked him after dinner yesterday if he knew Soros personally, or if he had said something that might have hurt the speculator, Taib said:

"Sarawak happens to be part of Malaysia, (a country) that he does not like."

Ah, yes, Malaysians who are old enough know of the famous spat between Soros and Dr Mahathir Mohamad in 1998 at the height of the crippling Asian currency crisis. The Malaysian PM had smoked out Soros and blamed him for making profits at the expanse of over half a billion people whose developing economies had suffered tremendously. In some of the countries, governments were toppled and lives lost in riots. Malaysia escaped by the skin of her teeth because of one man's tenacity and the support he had from his people.

"But George Soro is blind to the facts. If there is any fairness in him, he can come to Sarawak and see for himself. Go from Lembang or Lawas to Kuching and he will see nothing ... but trees and most of them natural and some of which are oil palm ...". [More details, read Pakatan outspends BN in Sarawak Part l by Syed Akbar Ali, 28/3/13]. 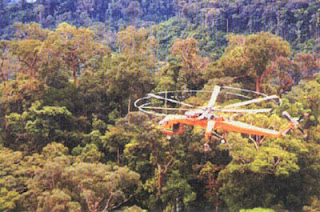 "They want me to preserve the Penans in their pristine condition. I will be accused of discriminating these people if I'd done that. The 5,000 Penans deserve better than the nomadic lifestyle they had been forced to exist," Taib said.

But while Soros' involvement in the Global Witness video did not surprise him, Taib was disturbed by the great length the NGO went just to "manufacture evidence" against him did. "Mereka benar2 mahu cipta bukti. But there's no evidence ... (just a) campaign (for the general election)!"

We asked him if the State was not going to counter the increasing number of attacks, especially on the Internet and radio. "There are too many of them. And we have work to do. And I can't afford to hire 200 bloggers to defend me, we don't have that kind of budget ...," he said in reference to the kind of cyber outfit his opposition runs in Sarawak.

To be continued sometime later ...

In the meantime, is there a Soros-funded outfit in Malaysia that actually highlights and promotes good news and things about Malaysia? Think about it ...
at March 28, 2013