It's not Najib or Abang Din, it's Najib or Nuar 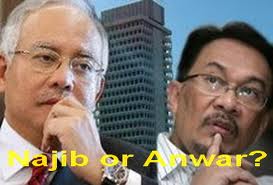 “Tun Mahathir supports Najib, that much is clear. He told us, ‘If I don’t support Najib, who else is there? You people want Anwar Ibrahim?’” said Rocky whose “Rocky’s Bru” blog is one of the most sophisticated political blogs around. It has notched up 16 million visitors since 2006. - United Against a Common Enemy by Joceline Tan, The Star, 11 Sept 11

Reading Joceline's column online today, I am reminded of the events involving the characters quoted in the article debunking the Najib-Muhyiddin split rumour. Tun Mahathir, Abdullah Badawi, Najib's people, Muhyiddin's people, Kadir Jasin ...
Especially Kadir Jasin. Kadir, the former NSTP Group Editor-in-Chief, and Joceline, mentioned in the same breath, will always remind me of a childish letter from a Group Editor-in-chief of the New Straits Times Press in May 2005 to his counterpart at rival group the Star demanding that action be taken against Joceline for "telling people at your office and outside" about some comments made by Kadir about this whining GEIC. 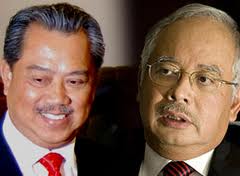 It was a very immature and yet malicious complaint. A sign of the bad things that would come for poor Abdullah Badawi, the PM who had put both editors there.


Anyway, back to Jocelyn's column ... You get the drift: the Najib-Muhyddin split is a concoction. But this is politics, remember, no permanent enemies and no permanent friends. Najib and Anwar, they used to be on the same team not that long ago ... serving the same boss!
at September 11, 2011